oh my gosh.  this might seem like no big deal to you, but it was a moment for me.  i spent every first day of school on the steps of my parents’ house doing this very thing, and now i am doing it for my. own. child.  what!?!  preschool has symbolized the turning of a page for me – the beginning of beckett being pulled away from me.  i know that probably seems dramatic, since he’s only at school two mornings a week – but next year it’ll be three mornings, the next a few full days, and the next….gulp….kindergarten.  i can’t even go there.

anyway, beckett is loving school.  he comes home talking about his ‘two nice guys’ every day – holbrook and cole.  the funny thing is – i know both of the boys parents, but beckett had never met the kids before.  he loves gym class – that’s pretty much a given because this boy has an amazing amount of energy to burn – but he also loves going to the library.  he looks forward to school, and when i tell him it’s a school day, he throws his hands up and says, ‘yayyyyyy, schoooooool!’ 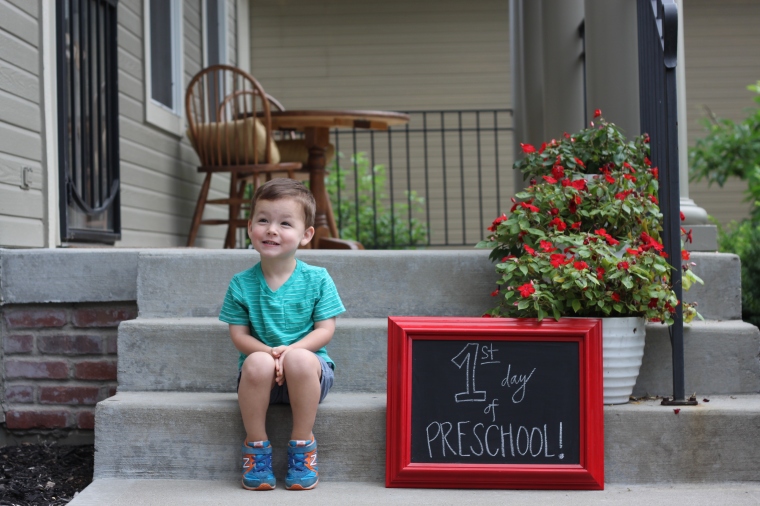 One thought on “that day that beckett {went to preschool}”