beckett is turning from a toddler into a little boy before our very eyes.  here’s what he’s up to these days…

the short guy’s language is really taking off.  all of the sudden, it’s like his speech switch got turned on.  he is trying out most of the words we say to him, and learning new ones all the time.  a few favorites are ‘no’ (more on that in a bit), ‘car’ (as previously mentioned), and ‘outside’.

he and miller are very best buds.  miller lets b lay on him, bounce on him, prod and poke him in exchange for a few bites of his every meal.  beckett happily obliges, and thinks it’s pretty hilarious.

the climbing has really increased – chairs, stairs, and everything in between.  he comes by it honestly, though, as both jared and i were climbers as wee ones.  i think we’re in trouble.  when he’s not climbing or running, it’s book-reading time.  he will sit and let us read to him (if he’s in the mood) for a quite a while.  b is still a pretty great eater (knock on wood!).  grapes, avacados, yogurt and tortillas are current favorites, but he’s been known to like spicy buffalo chicken too.  that’s my boy! 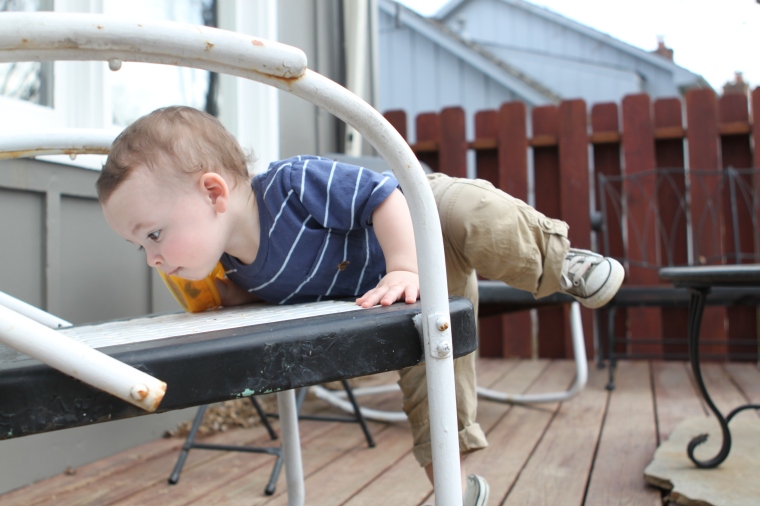 our darling beckett has learned the art of ‘no’.  in fact, that was his first word to me this morning – yay.  the protesting has also begun – arched back, crying and all.  i’m just waiting for it to happen in public – yikes.  unless it was his idea, he’s thinks it’s the worst one he’s ever heard…unless it’s watching for cars or going outside.  it looks like he’s getting a jump on the terrible two’s – dang!  i thought he might be the one kid who would skip them.  :)

but with all that is spicy, there is so much that is sweet.  oh, he’s so darn sweet.  he is blowing kisses and giving spontaneous hugs and flashing a toothy grin and running to daddy when he comes through the door.  it’s all just happening too darn fast. 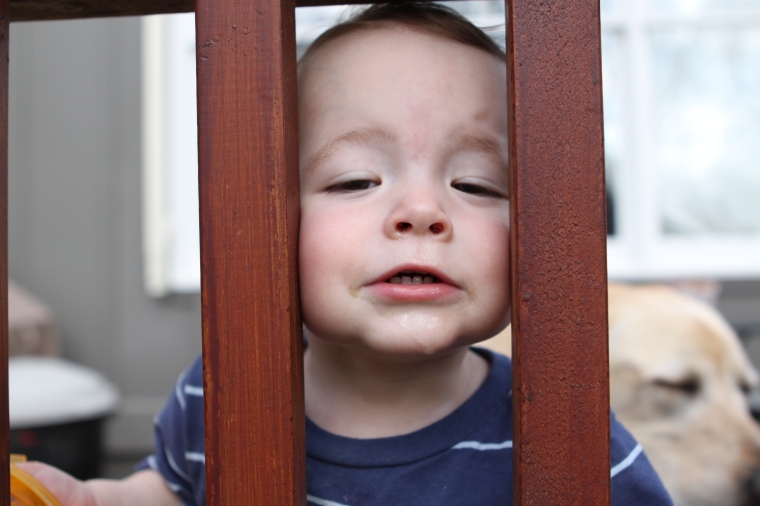 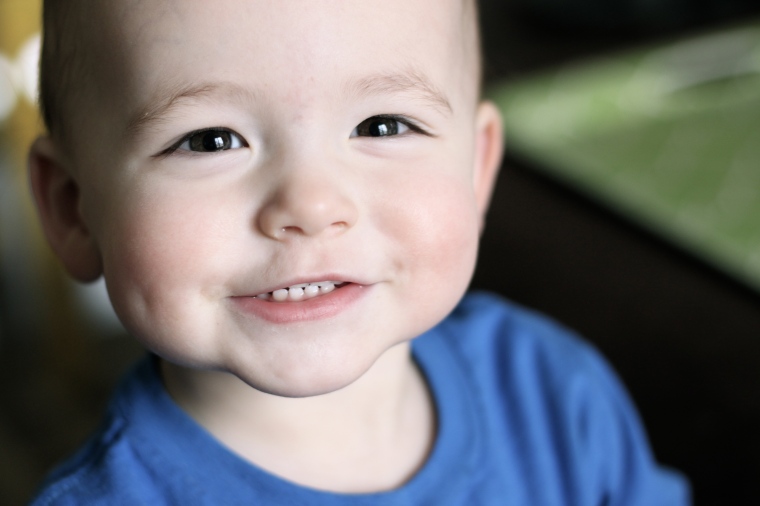