i think the century club is some kind of drinking game, but we’ll leave that for the co-eds.  we did make a trip back to college this past weekend, and it was to celebrate a century of mizzou homecomings.  did you know that homecoming started at the university of missouri?  kind of a cool claim to fame i think.  we did a little tailgating (i.e. walked two miles before the game even started) and sat on ‘the hill’ for the game – it always feels good to be back in a sea of black and gold.  the weather was a.m.a.z.i.n.g., we saw lots of our good ol’ pals and even had time for a walk through campus.  it has changed so much since we’ve been there, and i’m jealous of all the cool stuff the students now have.  i’m pretty sure the journalism school has it’s own color printer now – something we did not have when i was there!  seriously – a journalism school without a color printer!?!  anywho, it was a great visit to columbia, and i always leave wishing we had had more time to spend there.

{this guy is serious…about football} 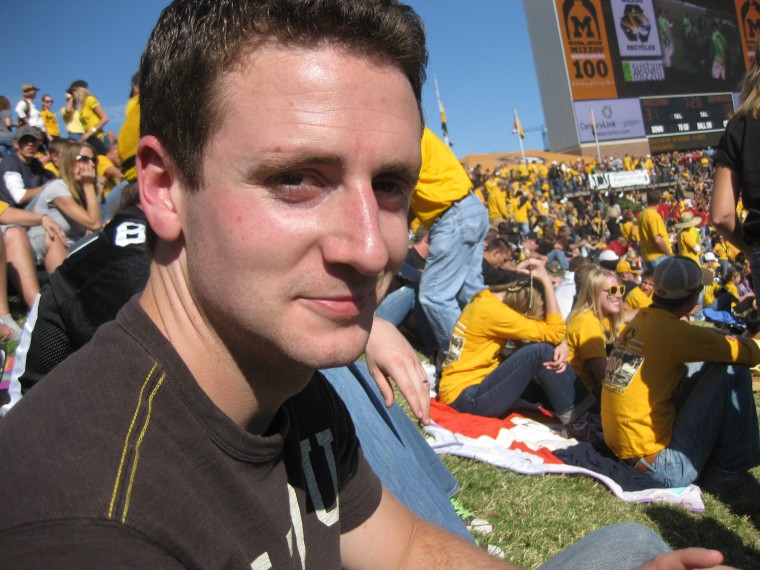 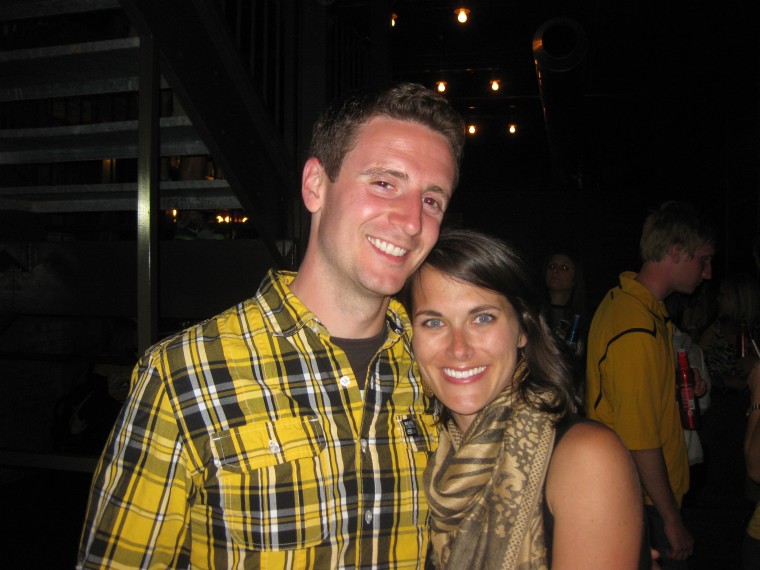 you might think that this scene took place in the wee hours of the morning.  the reality is that we’re old, it was 10.00, and we went back to our hotel right after.  my, how times have changed.

One thought on “the century club”